Do not apply any products, lotions or make-up to the face before imaging.

If you have any further questions or concerns, please feel free to our our office. 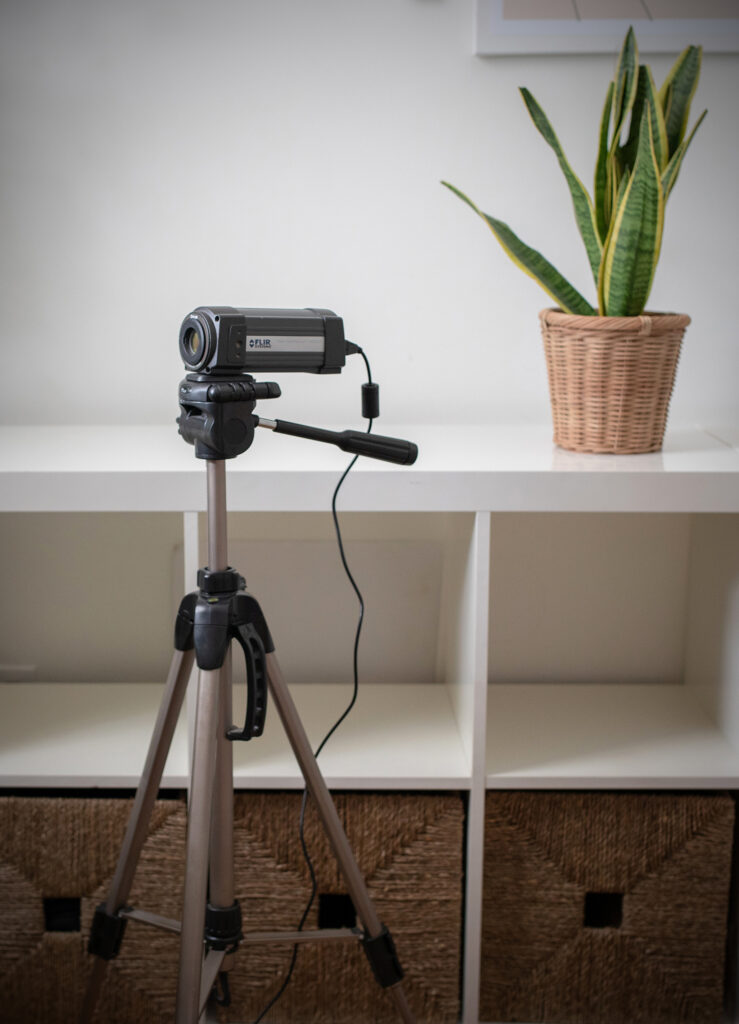 Please note: Surgical procedures such as implants, reductions, and biopsies do not interfere with infrared imaging.  Breast infrared imaging is perfectly safe to have during pregnancy or when nursing.

WHAT TO EXPECT AT YOUR APPOINTMENT

+ - I have breast implants, or I am pregnant or nursing - is Thermography safe?

Yes. Clinical Thermography has been FDA approved since 1982 and has been used in Canada, United States and Europe for over forty years. Thermography is a non-invasive test. This means that nothing is sent into your body. It simply is creating an image of your body by measuring heat patterns emitting from the surface. There is no contact of any kind, nor is there any pain or radiation.

No. Like other structural testing methods such as ultrasound and mammography, is a screening tool used to identify abnormal physiological changes in your breasts caused by inflammation or malignancy. With all types of screening tools, definitive diagnosis is only made after other procedures such as a biopsy or lumpectomy. Many of our clients come in after an abnormal ultrasound or mammogram to correlate the area to be watched with a thermographic image of the same region. If thermography shows inflammation in the same area, the patient will have more information with which to make an informed decision.

+ - Is Breast Thermography covered by OHIP?

OHIP does not currently cover the cost of Thermography. Many company benefit plans will cover the cost of “Medical Infrared Thermography.” Please check your benefit coverage or speak to us to find out more. If you have a health spending account as part of your personal Insurance, this is where this service can be claimed. This service can also be claimed on yearly income tax under medical expenses.

+ - Have any studies been done regarding the accuracy of Thermography?

Yes, hundreds of studies have been published in medical journals.
For further information, please go to:
http://www.iact-org.org/articles/articles-review-btherm.html

+ - Do I need a referral from my family physician?

No, a physician referral is not required to use our services *Check with your extended health benefits plan to see what individual coverage requirements are.

+ - How long does an appointment take?

This depends on your age and thermographic risk category as seen on your initial or latest thermogram. For most low risk scans, we recommend re-scanning annually. Clients in higher risk categories are recommended to re-scan sooner as recommended by the Thermographer in the clinical comment section of your thermogram report.

+ - I have breast implants – is thermography safe?

Yes. Breast implants do not interfere with thermography. Breast thermography is painless and safe, using no radiation or compression. It can be used effectively and safely for all women including pregnant or nursing women, women with dense breast tissue, and women with breast implants.

+ - Why do we plunge our hands into cold water during breast imaging?

You will be asked to plunge your hands into ice water for 60 seconds during the exam. This is known as a stress test - the shock of the cold water will place your body into a "fight and flight" response. Normal blood vessels will contract and cool down, while blood vessels feeding abnormal cells will not. The technician will then repeat the process of taking the images for a before and after view.

No, we recommend that thermography be used together with other recommended structural testing for the most comprehensive screening and the earliest possible detection.

+ - Why is Thermography not embraced by mainstream medicine?

As a stand-alone test, Thermography has been criticized for its high rate of false negative and false positive results. Historically, infrared cameras lacked the sensitivity to detect subtle temperature changes necessary to identify and monitor disease. Since the 1990’s, major advancements in infrared technology, coupled with sophisticated computerized software programs, have resulted in a significant increase in the accuracy of thermal images. For example, a 4-year clinical trial by Parisky and colleagues demonstrated 97% sensitivity in the detection of Breast Cancer with the use of dynamic, computerized, thermal imaging. In another recent trial, modern digital thermography was also able to detect 97% of biopsy-confirmed breast malignancies.

The high incidence of ‘false’ positive results documented with thermography can often be a reflection of breast abnormalities that are not yet palpable through breast examination or detectable through Mammograms. Early research assessing approximately 58,000 women has shown that a significant percentage (>30%) of abnormal Thermograms, in the absence of any other breast abnormalities, eventually manifest at a later stage as cancer.

Because Thermography cannot provide information on the exact anatomic detail of the breast or define a specific area that needs to be biopsied, it needs to be combined with an anatomical test, such as Mammography. As a functional test, Thermography cannot identify the specific cause of physiological changes to breast tissue. For this reason, it serves as a risk marker and complementary modality, rather than a stand-alone assessment tool.

Thermography is not a competitor to, or a replacement for, Mammography. Rather it is an adjunctive tool that can identify areas of abnormal thermal symmetry, which are often associated with underlying pathology. When functional abnormalities are detected early, there is an opportunity for early intervention. Cure rates for Breast Cancer are thought to be as high as 95% when detected in the earliest stages. When combined with other anatomical procedures, Thermography may contribute to the best possible evaluation of breast health.

We want to ensure you feel safe and comfortable in our facility.  Our clinic diligently follows COVID-19 and infection control policies and procedures as set out by the Ministry of Health, Waterloo Region Public Health and the Canadian Association of Clinical Thermography.

Our goal is to provide quality care to all our clients in a timely manner. We understand that sometimes, unexpected delays can occur, making schedule adjustments necessary. Please be aware of our policy regarding missed appointments.

If you need to cancel or reschedule your appointment, we respectfully request at least 48 hours notice.  Our Policy:

Thermography provides a physiological assessment of the microcirculation and is quite sensitive for the detection of risk factors regarding several pathological conditions. This test, however, does not replace or discourage clinical findings or mammography and any suspicious lesions should be followed up with additional testing or medical evaluation as prescribed by your health care provider. 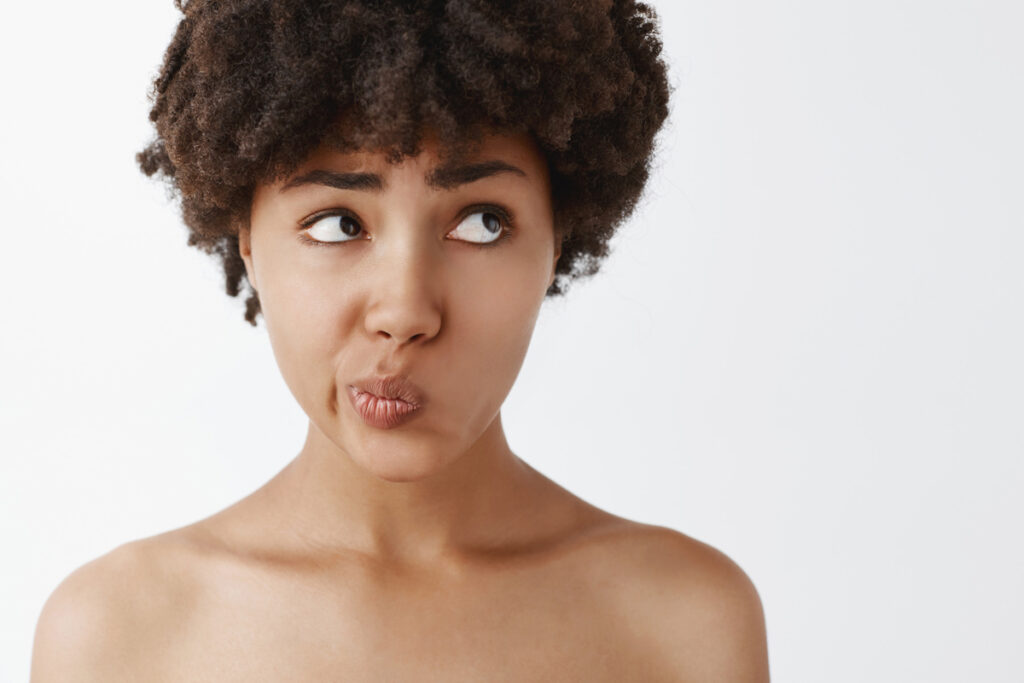 If you have any further questions or concerns, please feel free to connect with us.